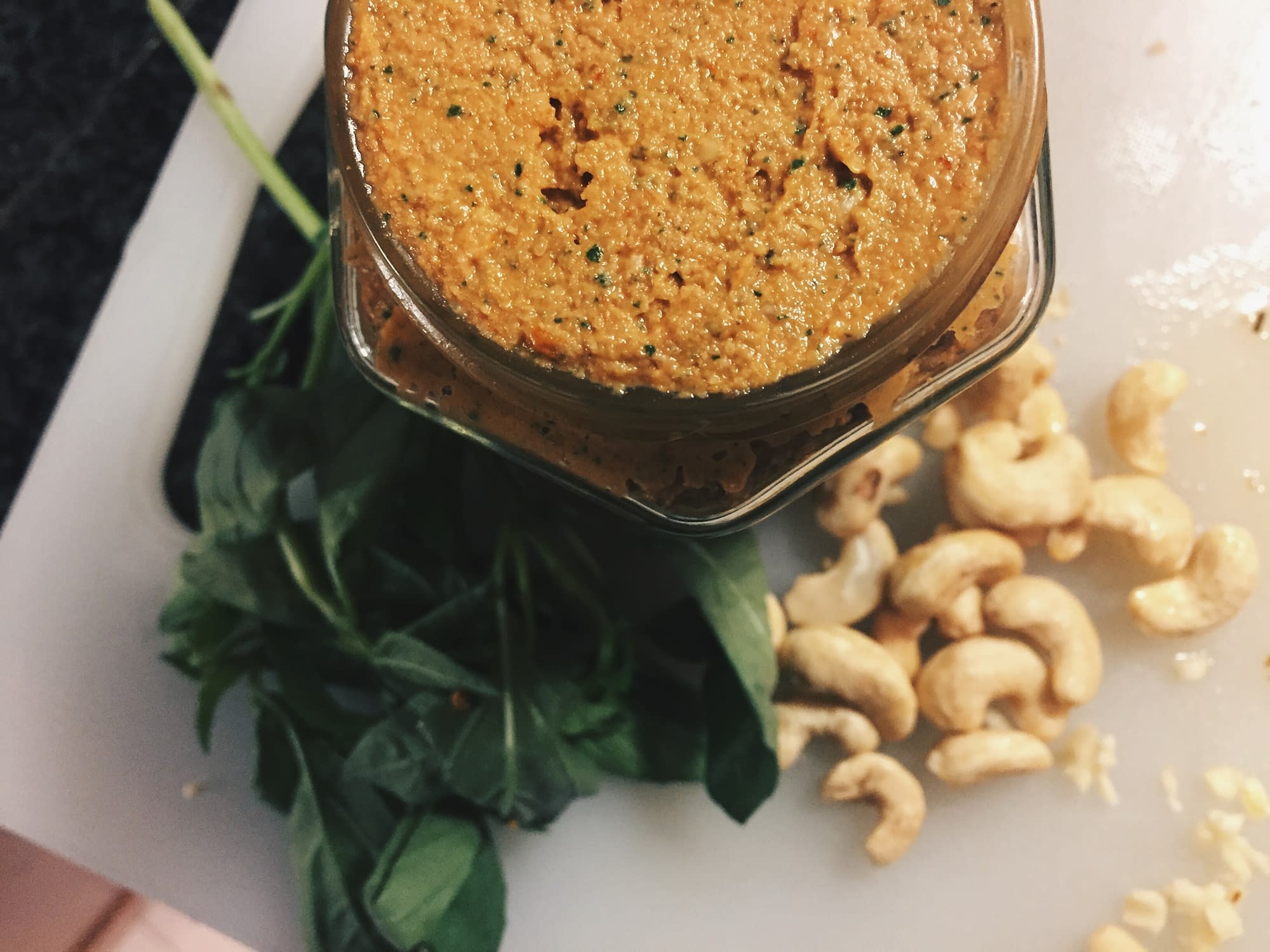 This pesto will blow your mind – no joke! I can’t exactly remember how I went about deciding to make it, but I know I was looking to try different types and variations of the traditional pesto also known as pesto alla genovese.

The main ingredients of the traditional recipe are the following:

The “skeleton” would then be…

Similar to the risotto or gazpacho, this is a recipe where one can get creative and open their minds to multiple flavour possibilities – freestyler – which is GREAT. There are infinite variations of this dip/sauce/spread, you can basically substitute each element by something different and still respect the skeleton.

Usually recipes tend to vary on the herb and the nut, some ideas:

Variations can also be found in the proportions of the ingredients used. You can play around with the amount of fat and maybe even compensate with some water to reduce the oiliness and increase the smoothness. Although deliciously necessary for me, garlic is not loved or tolerated by everybody so it is sometimes set aside; same as cheese. In a few recipes or products I’ve tasted there was balsamic vinegar.

You can find my vegan cashew (and cheaper) version of the green pesto here.

After doing a bit of research I stumbled upon this recipe, which is a vegan version of the pesto rosso, which originally comes from Sicily and is based on using sundried-tomatoes and less basil than in the traditional recipe. After making, remaking and improving it, I realise I don’t follow a recipe and always end up throwing in the ingredients in a very unplanned way, so the bellow is an attempt of organising it a bit and putting it into proportions. Enjoy!

For this recipe you will need a food processor or hand blender, and a bigger jar than the one the tomatoes came in.

This pesto goes well with almost anything!