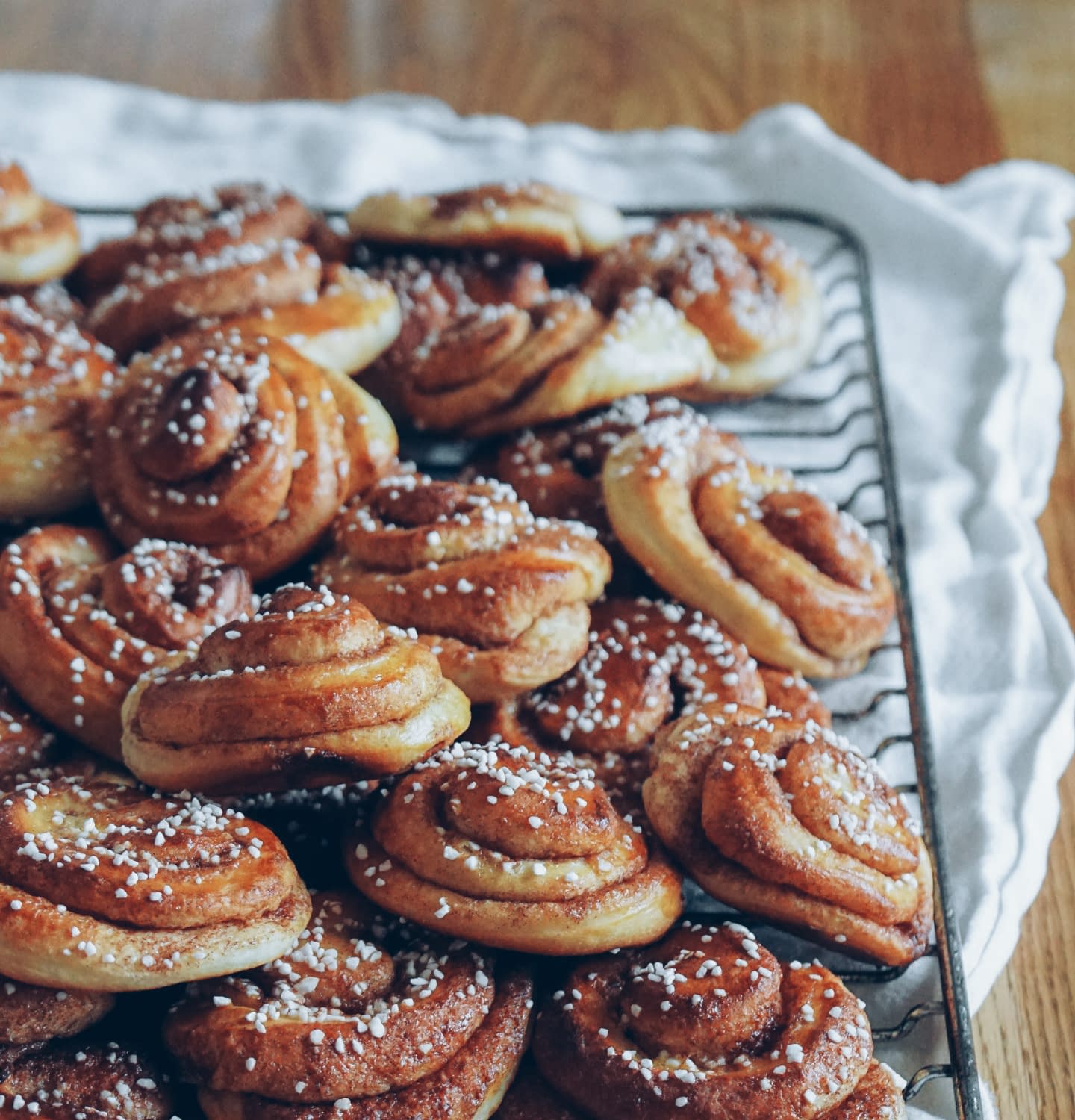 Fluffy, tender, sweet cinnamon buns baked to perfection. We bake them in the original Swedish way, following the recipe on Vår Kokbok, 1986 ("Our Cookbook").

The filling and toppings

Vegan version: I haven’t tried out making these vegan, but you could try it out. Sub the butter for a light oil (sunflower, olive, rapeseed…) and instead of dairy milk, use any plant-based alternative, a high fat% one could work well e.g. oats 3% or soya milk. As for the eggs to brush at the end, sub for plant-based milk too.

I would dare to say that cinnamon buns are to Swedes, what jamón (and croquetas) is to the Spanish. The local candy we grew up with. The stuff we ate so many times in our childhood, the food we came to love so much, and that we remember with our bellies but also our hearts. The stuff that, we could swear, runs in our veins.

OK, maybe I’m exaggerating a little… or not!

I don’t think I’d eaten cinnamon buns before I put foot on Sweden in 2016. I remember it was July, middle of the Summer, and Ben’s mom brought out some buns for fika (also a new concept for me at the time). She took a couple out of the freezer, microwaved them, and served them along with some tea and coffee. And… OH. MY. GOD.

It was love at first sight. Since then, I’ve been trying to enjoy as many as I can, in hopes of making up for my non-Swedish cinnamon-less childhood.

The recipe I share here is the classical one, found in the 1986 book Vår kokbok (Our Cookbook). It is the Swedish version of our Spanish ‘Cocinar es fácil’, a classical book containing the traditional recipes that any well-respected homecook must know. Originally, it is believed that cinnamon buns were originated in the 1920s somewhere in the Scandinavian countries, some say Sweden. It wans’t until the 1950s though that this fluffy bun became a staple in the country.

I fell in love with them as soon as I tried them. I hope you do to! Or not. I have trouble eating just one, there’s something to them…

Anyways, if you try the recipe out, let me know how it went! If you have suggestions or questions, you cna write them down below in the comments section.